Stellar compositions, intricate shapes and breathtaking colours are key attributes of Blumenfeld's work. In Blumenfeld Studio the works of Erwin Blumenfeld from the period of 1941 - 1960 are highlighted and showcased in honour of the late artist. As one of the most sought-after fashion photographers of his time, Erwin's surrealistic and avant-garde photographs pushed the envelope when it comes to fashion photography. Filled with originality and shaped to perfection, this book is a must have for all that love fashion, colour or photography.

Erwin Blumenfeld was born in Germany. In 1918 he moved, then a painter and enthusiastic photographer, to the Netherlands to marry the Dutch Lena Citroen, the niece of his good friend and artist Paul Citroen. In Amsterdam, he opens Fox Leather Goods, a leather goods store on one of the main shopping streets in the city centre. When he discovers a dark room in the shop, he turns back to photography and starts experimenting. He exhibits the portraits he shoots in the window of his shop. The photos quickly become more popular than his leather goods. In 1936 his business goes bankrupt and he decides to venture to in Paris, the city of fashion and arts. In the first years of his career in fashion photography in Paris, he only works in black and white. The female nude is his favourite subject, as for many photographers at the time. The female body forms the core of his experiments with photographic techniques such as double exposure, distortion, solarization and chemical effects. But from the moment colour photography is possible, he transforms his original compositions in black and white into colour. With a kaleidoscopic oeuvre as a result. 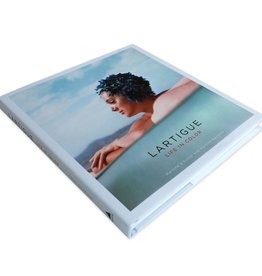