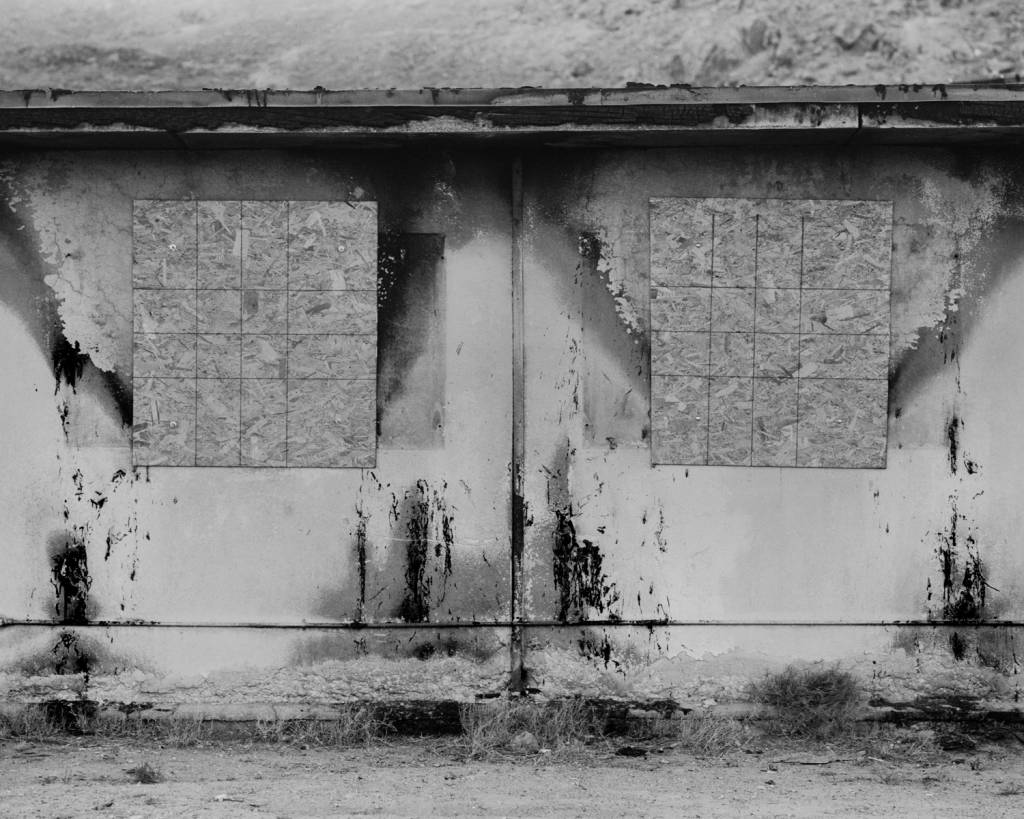 ABOUT THE WORK
Daniel Shea was awarded the twelfth Foam Paul Huf Award for his work in which he presents a seductive and disconcerting world of concrete, steel and glass, which traverses the boundaries of fact and fiction. His cityscapes are poetic and timeless, yet they address the very real effects of capitalism on the urban landscape – and society at large. The title of his latest project 43-35 10th Street refers to his studio address in Long Island City: a residential neighbourhood in New York City that is rapidly gentrifying. However, Shea’s construction wastelands could have been (and in fact were) photographed anywhere in the world. Layering photographs from different times and places, the series transcends the local scale and addresses developments that affect cities globally.

Shea’s belief that the built environment profoundly affects society, and vice versa, also informs his own practice. He often lets his compositions bleed onto their mount, or etches architectural blueprints into the glass of the frame. This deliberate use of materials gives his work an almost sculptural quality and emphasises the incongruity between an imagined utopia, and a sometimes dystopian reality.

ABOUT THE PHOTOGRAPHER
Daniel Shea (1985, US) gained an MFA from the University of Illinois at Chicago, Chicago, IL, in 2013. In 2018, Daniel was chosen as the winner of the twelfth Foam Paul Huf Award. This annual prize, given to a photography talent under 35 years, consists of an exhibition at Foam. In 2014 Daniel had a solo exhibition at Andrew Rafacz Gallery, and a two-person show at Heaven Gallery, both in Chicago. International solo shows include Alt. +1000 (CH, 2011) and Centre for Art and Culture, Aix-en-Provence (FR, 2005). His work has also been included in exhibitions at the Moscow Museum of Modern Art (RU, 2012), Museo de Art Acarigua-Araure (VE, 2012), Asia Society, Beijing (CN, 2011), and IUAV Gallery, Venice (IT, 2008).

ABOUT BUYING THIS WORK
The work will be carefully wrapped and send as an insured package. You will receive an e-mail with a Track & Trace code when the package is on its way. A copy of the framed work is often on display at Foam Editions, the gallery on the third floor of Foam Fotografiemuseum.

For more information or questions about buying this work, please contact the Foam Editions team.