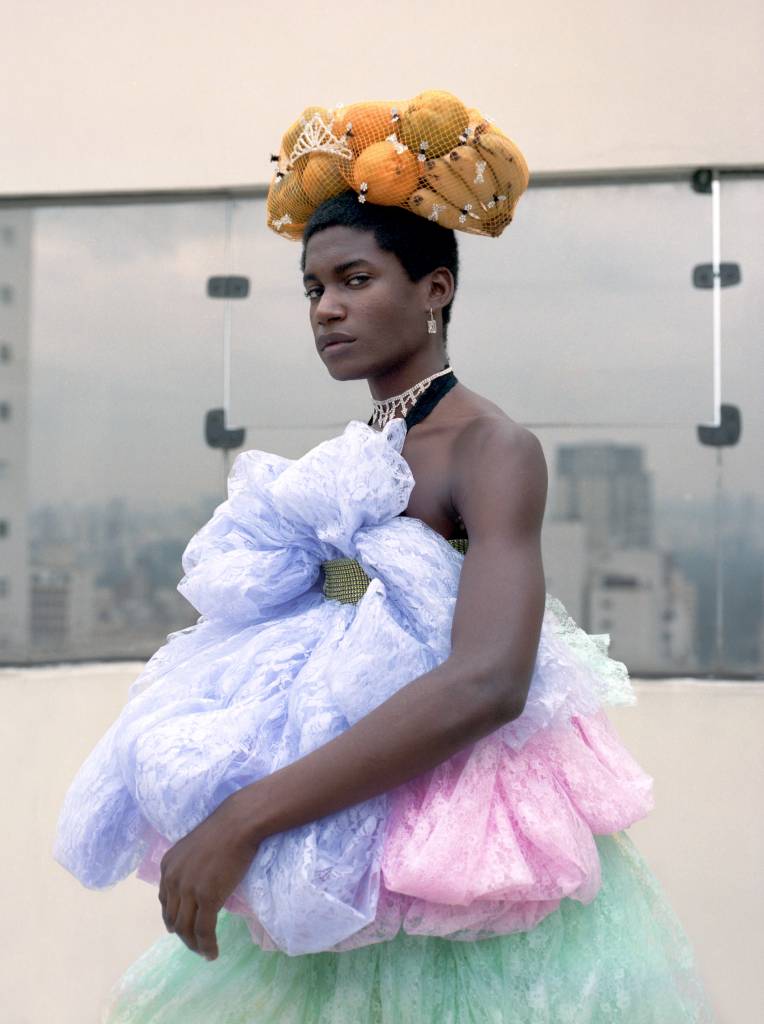 Paula and Joahn met various people in São Paulo’s LGBTQ community, whom they styled and photographed on the roof of the apartment where they were staying. Despite their often insecure existence, the resulting portraits show, above all, their strength and unique self-expression. According to JeanPaul Paula, these people hardly needed any styling at all. These portraits have been combined with studio portraits of both leading LGBTQ performers like Richie Shazam Khan and Linn da Quebrada and inspiring people from their own environment.