ABOUT THE WORK
Corbijn took this picture of music legend Joe Cocker in Paris. Joe Cocker (1944-2014) is one of the biggest pop heroes of the British music history. In the sixties he became famous as blues- and rock singer. His striking and raw voice alongside his movements during singing were characteristic for his performances. Cocker moved to the United States, went on tour with the Rolling Stones and became good friends with Jimi Hendrix, the Beatles and Rod Steward. After a difficult period including a lot of alcohol and drug problems he made a comeback in the eighties. Cocker is most famous for songs as You are So Beautiful, With A Little Help from my Friends, Unchain my Heart and Have a Little Faith. Joe Cocker died in December 2014.

During his long lasting career the work of Corbijn was of major influence on international music and portrait photography. The creative, off-beat way he has photographed performing artists since the 1970s has become his personal trademark. The atmospheric and often melancholic black-and-white aesthetic from his early years contains a subtle balance between documentary- and portrait photography. Implicitly questioning the boundaries between different photographical genres became characteristic for Corbijns work and had a big influence on photography as a whole.

ABOUT BUYING THIS WORK
Most photo prints have a small white border around all sides. For a framer this border is necessary to be able to frame it properly. The print will be carefully wrapped and send as an insured package. You will receive an e-mail with a Track & Trace code when the package is on its way. A framed copy is regularly on display at Foam Editions, the gallery on the third floor of Foam Fotografiemuseum.
For more information or questions about buying this print, please contact the Foam Editions team. 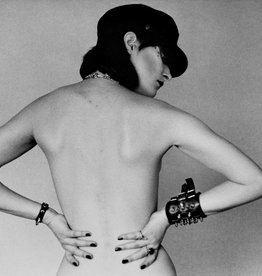