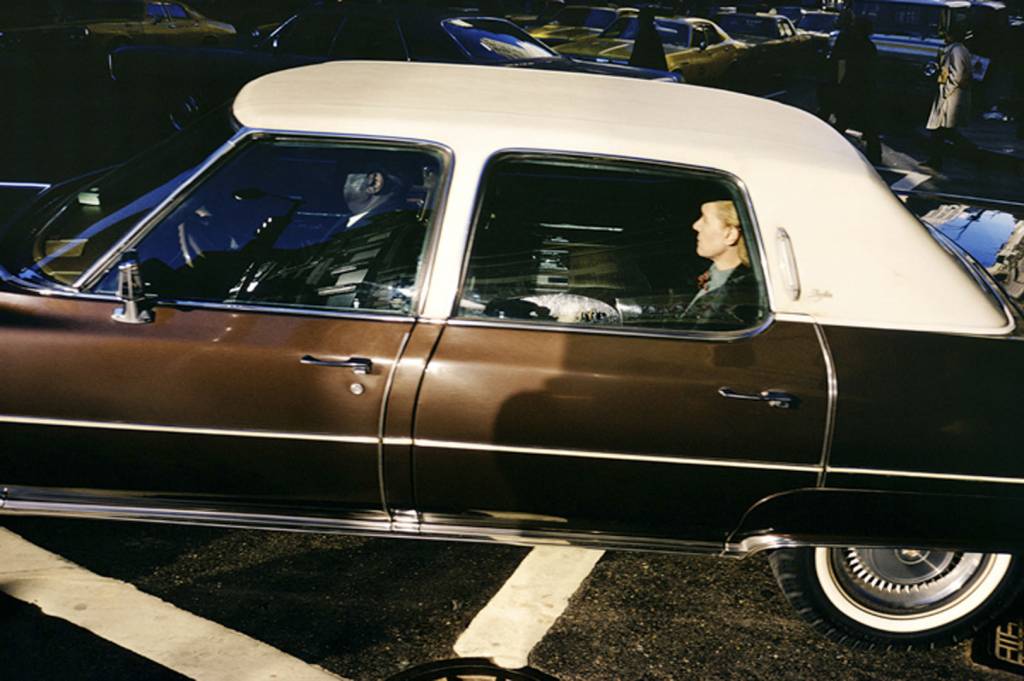 ABOUT THE WORK
Though Mitch Epstein has travelled the world photographing different ways of life, he has also turned his lens to his home of New York City, pictured here in the early 1970s. An ordinary moment is captured in Fifth Avenue, New York, 1973 and yet, the essence of the era is communicated also through the car design, taxis, and pedestrians.

ABOUT THE PHOTOGRAPHER
American photographer Mitch Epstein has enjoyed a rich artistic career that, in addition to photography, has included projects such as photographic books, films, and video installations. Educated at Union College, the Rhode Island School of Design, and the Cooper Union, Epstein studied under revered photographer Garry Winogrand. While his teacher is noted for his black-and-white images, Epstein is a master of colour photography, capturing on film the American experience as well as images from countries throughout the world—he has travelled extensively and realized series on locales including Vietnam, India, Berlin, and his hometown of Holyoke, Massachusetts, among others. Epstein’s work also ventures into political territory, as he has photographed countless energy production sites and brought awareness to pressing environmental issues.

Epstein is the 2011 recipient of the Prix Pictet as well as the 2008 Berlin Prize in Arts and Letters and a 2003 Guggenheim Fellowship. His work has been exhibited globally and is included in just about every major American museum: New York’s Museum of Modern Art, Metropolitan Museum of Art, and Whitney Museum of American Art, in addition to the J. Paul Getty Museum in Los Angeles and the San Francisco Museum of Modern Art. He lives and works in New York City.