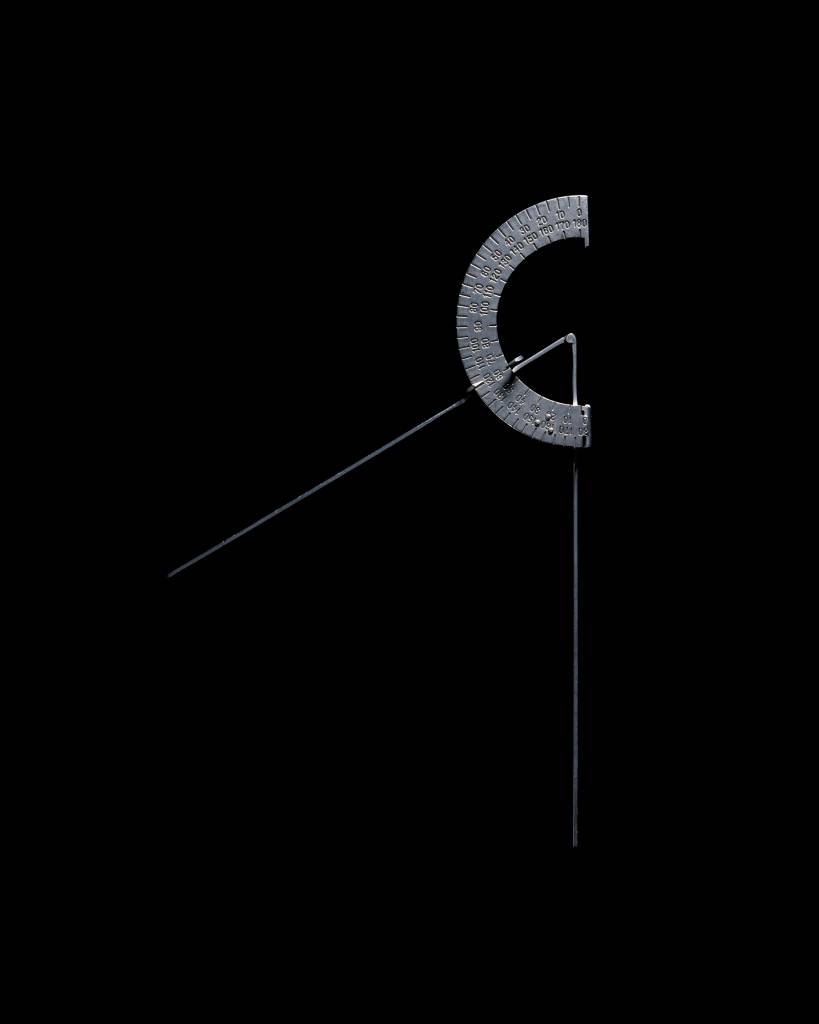 ABOUT THE WORK
In this image, Dallaporta isolates the instrument from its context and explores it in great detail. The result is a fascinating and beautiful image, photographed in such a way as ‘an advertising photographer might render a shampoo bottle’ (described by Martin Parr in Dallaporta’s book Antipersonnel).

A goniometer is an instrument that either measures an angle or allows an object to be rotated to a precise angular position. The term goniometry is derived from two Greek words, gōnia, meaning angle and metron, meaning measure.

ABOUT THE PHOTOGRAPHER
Photographer Raphaël Dallaporta (b. 1980, France) has garnered international acclaim for his documentary conviction. He works with public issues addressing human rights as well as more symbolic subjects such as the fragility of life. His long term projects which combine text and images are a product of his collaborations with professionals from a wide range of fields.

He has worked closely with a landmine clearer (Antipersonnel), a reporter who covers social work as it intersects with the law (Domestic Slavery), a forensic pathologist (Fragile) and most recently archaeologists (Ruins).

He was the winner of the 2010 Young Photographer ICP Infinity Award and FOAM’s 2011 Paul Huf Award. Solo exhibitions include Raphaël Dallaporta, Protocole at Musée de l’Elysée, Lausanne, in 2010, Antipersonnel  selected by Martin Parr Rencontres d’Arles 2004, among many others in Europe, Asia and USA.

In 2011 Raphaël Dallaporta’s work was on view during the Observation exhibition at Foam. 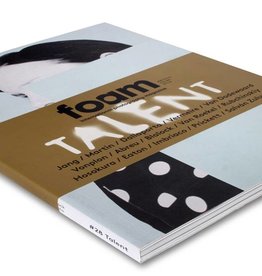