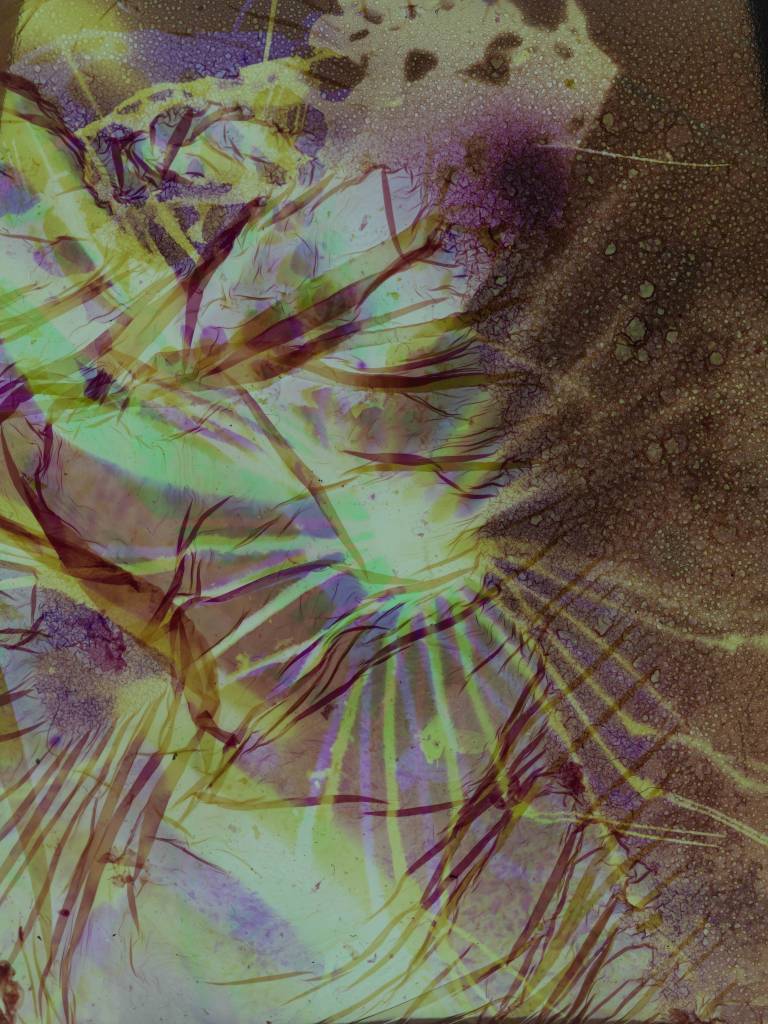 ABOUT THE WORK
Belonging to photographer Stephen Gill’s Best Before End series, Pussy is the result of a fascinating process: to create beautiful and vibrant images such as this, Gill soaked film negatives in different energy drinks. In this case, Gill used the British drink Pussy to create this abstract composition.

ABOUT THE PHOTOGRAPHER
The British photographer Stephen Gill is known for his pictures of East London. While his practice originally developed in a documentary style—Gill learned to develop photographs from his father, who taught him using a darkroom in the attic of their family home—he later developed a more abstract approach to image making. Today, he is noted for works that can be categorized as experimental and conceptual, some featuring collage-like qualities. Central to Gill’s practice, too, is the production of artist’s books—in fact, Gill founded his own publishing imprint, Nobody Books, in 2005.

Stephan Gill (B. Bristol, England in 1971) has exhibited his work globally since the early 2000s, including at notable institutions such as London’s National Portrait Gallery, the Victoria and Albert Museum, Tate Modern and Foam.