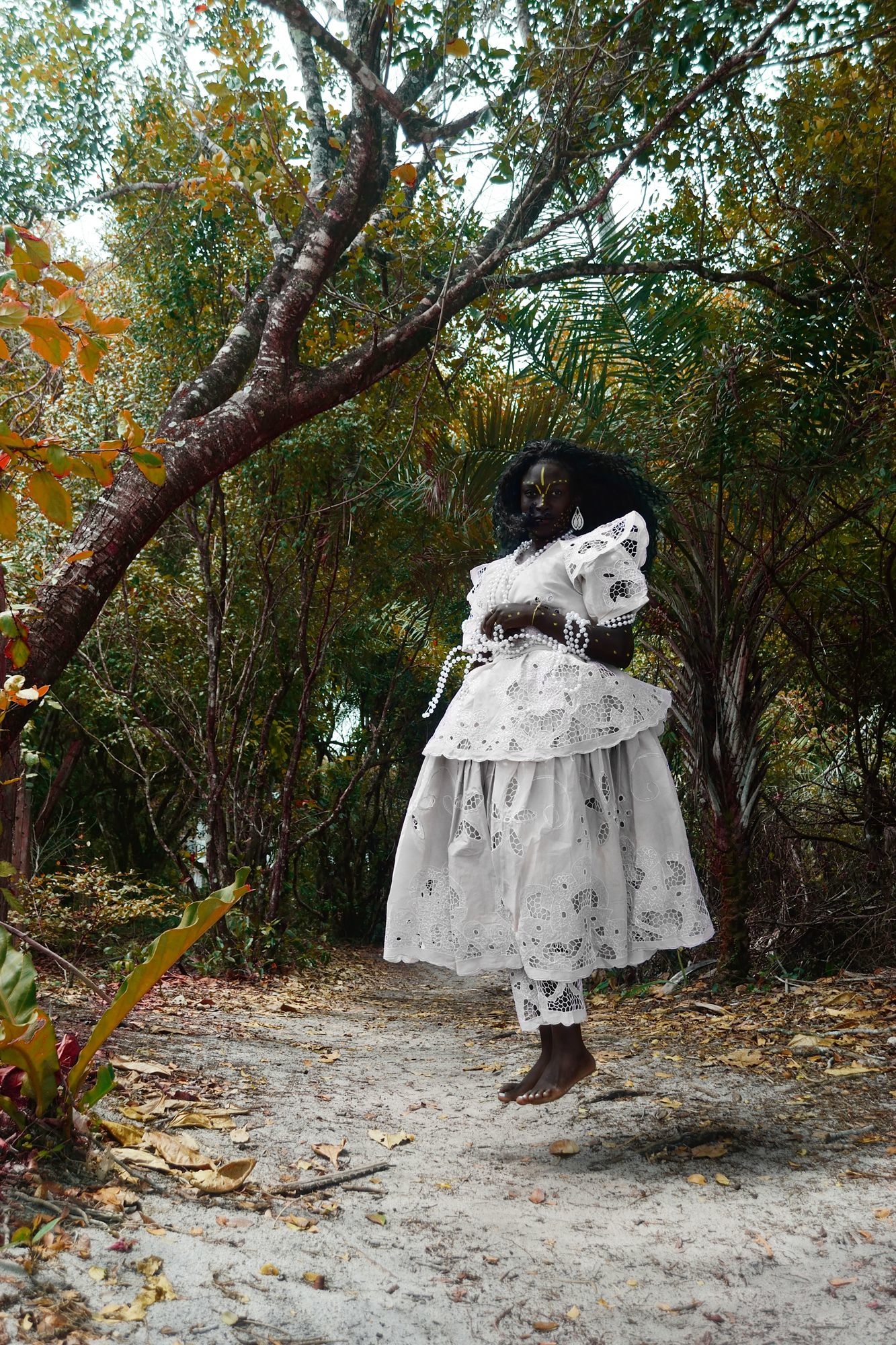 ABOUT THE WORK
"Lisandro Suriel’s Ghost Island offers an imaginative entry point into the layered and contested colonial histories in the West Indies, and specifically in Saint Martin. The series weaves together mythology, spectrality, and hauntology to evoke a sensuous experience. Ghost Island portrays Black figures within a dream-like surrealistic constellation to contemplate other ways of knowing. Suriel uses Ghost Island to build a world in which fiction and reality undo each other. A communion with ghosts, spirits, the water, the moon, palms and foliage. Ghost Island is not just about constructing an other-worldliness rooted in mythology, it is about asking larger questions about Caribbean identity and the Black imagination."

ABOUT THE PHOTOGRAPHER
Lisandro Suriel (1990, Saint Martin) is a photographer of magic realism and artistic researcher from the Caribbean, specialized in directing and producing visual concepts for film and photographic production.
Suriel earned his Bachelor’s degree in Photography at the Royal Academy of Art in The Hague and  received his Master’s of Art by research in Artistic Research and Art Studies at the University of Amsterdam. As part of his Master’s thesis he analyzed early twentieth century illustrations of West-Indian mythology in relation to cultural aphasia. This research forms the foundation of his ongoing artistic project Ghost Island.
By visually deconstructing New World-imagination, Ghost Island explores the spectral identity of our ancestors throughout the Black Atlantic. Ghost Island also stands for Suriel's own insular background in Saint Martin, and connotes the New World-condition of complex overlapping histories, hauntology, and immateriality. He proposes that the imaginative lens is arguably the best with which to view how folkloric figures act as an agent in history and animate cultural memory. Lisandro Suriel seeks to employ The West Indies’ own unwritten vestiges of an intelligent imagination imbedded in landscape, architecture, and people to generate imaginative linkages to a political past and social identity.

Lisandro Suriel is one of the Foam Talents of 2021.