John Berger’s explorations of the relationships between the individual and society, culture and politics, and experience and expression through the written word, films, photographic collaborations, and performances are unmatched in their diversity, ambition, and reach. His television series and book Ways of Seeing revolutionized the way that art is understood. Now, Aperture is pleased to present Understanding a Photograph, a collection of writings by one of the most internationally influential writers of the past fifty years.

Understanding a Photograph is arranged chronologically, leading the reader on a thought-provoking journey through selected essays from hallmark works such as About Looking and Another Way of Telling, as well as previously uncollected pieces written for exhibitions or catalogs, that discuss a wide range of artists—from Henri Cartier-Bresson to Jitka Hanzlová. This collection of nearly twenty-five pieces has been carefully selected by novelist and essayist Geoff Dyer, who also wrote a critical study of Berger’s oeuvre. Understanding a Photograph is presented as part of the Aperture Ideas series.

John Berger (born in London, 1926) is a novelist, poet, screenwriter, and critic. He is the author of numerous works of fiction and nonfiction, including To the Wedding, About Looking, and G., for which he was awarded the Booker Prize. Among his best-known works is the television series and book Ways of Seeing. He has received prestigious awards for his writing, including the Petrarca-Preis and a Golden PEN Award. 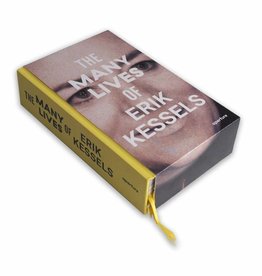