ABOUT THE WORK
The photograph of the three young farmers by August Sander is one of the highlights in the history of photography, and today – published and reviewed over the decades thousands of times worldwide – it is synonymous with the photographer’s photo portraiture. Taken in 1914 and assigned in the twenties to Sander’s comprehensive People of the Twentieth Century concept, it not only documents the Sunday walk taken by the dapper men in rural Westerwald, it also brings home the life of a generation growing up in the shadow of the impending events of World War I – people whose plans for the future will soon be shattered. 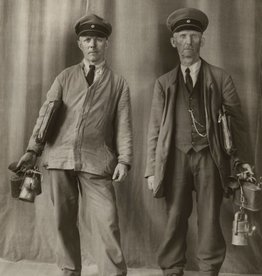