General View investigates conceptions of a new reality that continuously departs from the indexical referent towards an ever-changing rendering of a world that is yet still routed in the photographic image. Inspired by photographs of Yosemite National Park – one of the most intensely mediated nature sites on earth, the series toys with the question regarding the necessity of traveling to a place that has been photographed innumerable times, the need to record additional photographs.

If countless images of a specific place are downloadable or can be screenshot, have I been there already? The series concentrates on the reenactment of glitches on Google Street View; in a gesture similar to the concepts of Warhol‘s Brillo Box or Fischli & Weiss‘ reversed Ready-mades, the malfunctions are appropriated and reenacted via pre- and post-photographic processes – to test their sculptural qualities, their ability to become an autonomous entity, potentially independent from their indexical referents.

The unintended glitches (as well as the originally intended blurs to conceal faces or car plates) appear as a trace of the algorithmic merging and altering of photographic images without direct human control; an early potential glimpse into, a herald for a post-human understanding of the concept of the image or its redundancy and disappearance.

The exhibition recommended presents: Thomas Albdorf is on show at Foam from 15 June until 2 September 2018. 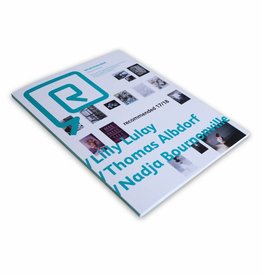