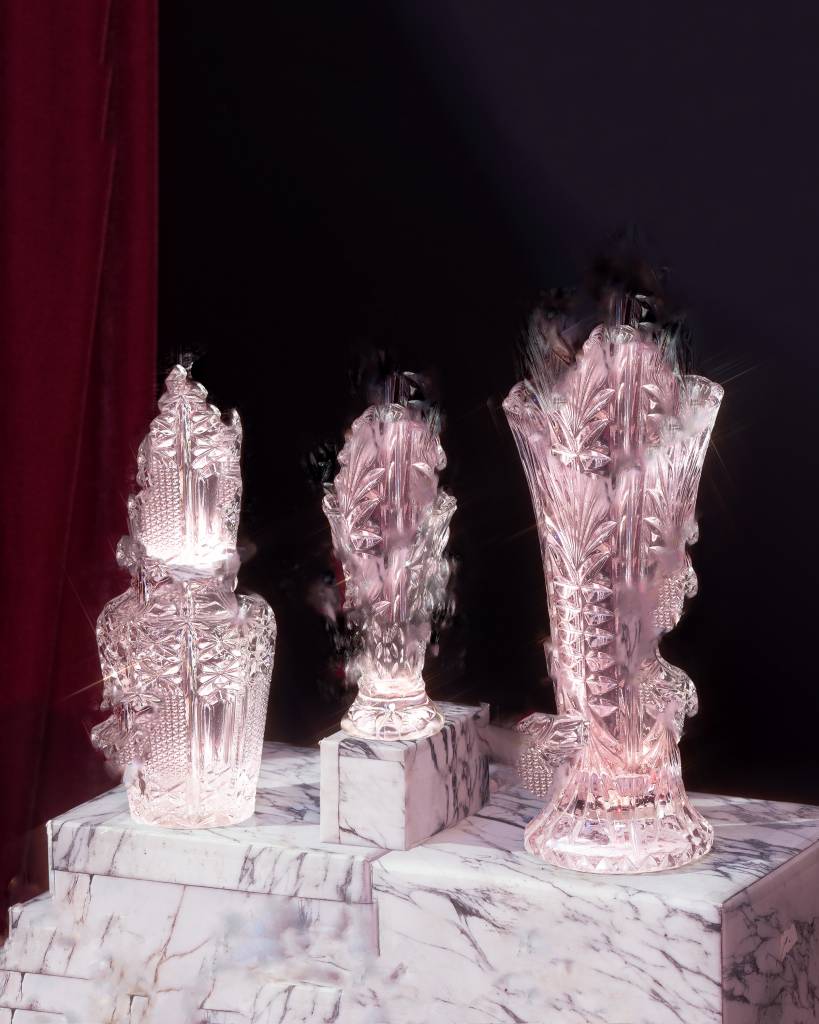 ABOUT THE WORK
Thomas Albdorf (1982, Austria) combines classic photographic genres with modern visual techniques. His landscapes and still-lifes are boldly aesthetical, but his use of the photographic medium is highly conceptual. Using both analogue and digital techniques, Albdorf edits photographs of perennial visual clichés found online (such as a setting sun, a mountainous landscape) after which he subjects these found photos to image recognition software and automatic image generation. The resulting image is recognisable and surrealistic at the same time. It is Albdorf’s way of critically interrogating stereotypes in our digital online visual culture.
His solo exhibition Room with a View was on display at Foam in the summer of 2018.

ABOUT THE PHOTOGRAPHER
Thomas Albdorf was born in Linz, Austria in 1982. After working as a Graphic Designer and Art Director, he studied Transmediale Kunst at the University of Applied Arts, Vienna, where he graduated in 2013. In 2014, Albdorf was selected as one of British Journal of Photography‘s 'Ones to Watch' and in 2016 he was the recipient of the ING Unseen Talent Award. His work has been exhibited in galleries internationally. Albdorf published two books: General View (Skinnerboox, 2017) and I Know I Will See What I Have Seen Before (Lodret Vandret, 2015). His work was featured in Foam Magazine #44 ‘On Earth’ (2016). Albdorf lives and works in Vienna, Austria. He is represented by Webber Gallery, London and Deli Gallery, New York.

ABOUT BUYING THIS PRINT
The print will be carefully wrapped and send as an insured package. You will receive an e-mail with a Track & Trace code when the package is on its way. A framed copy is often on display at Foam Editions, the gallery on the third floor of Foam Fotografiemuseum.
For more information or questions about buying this print, please contact the Foam Editions team.