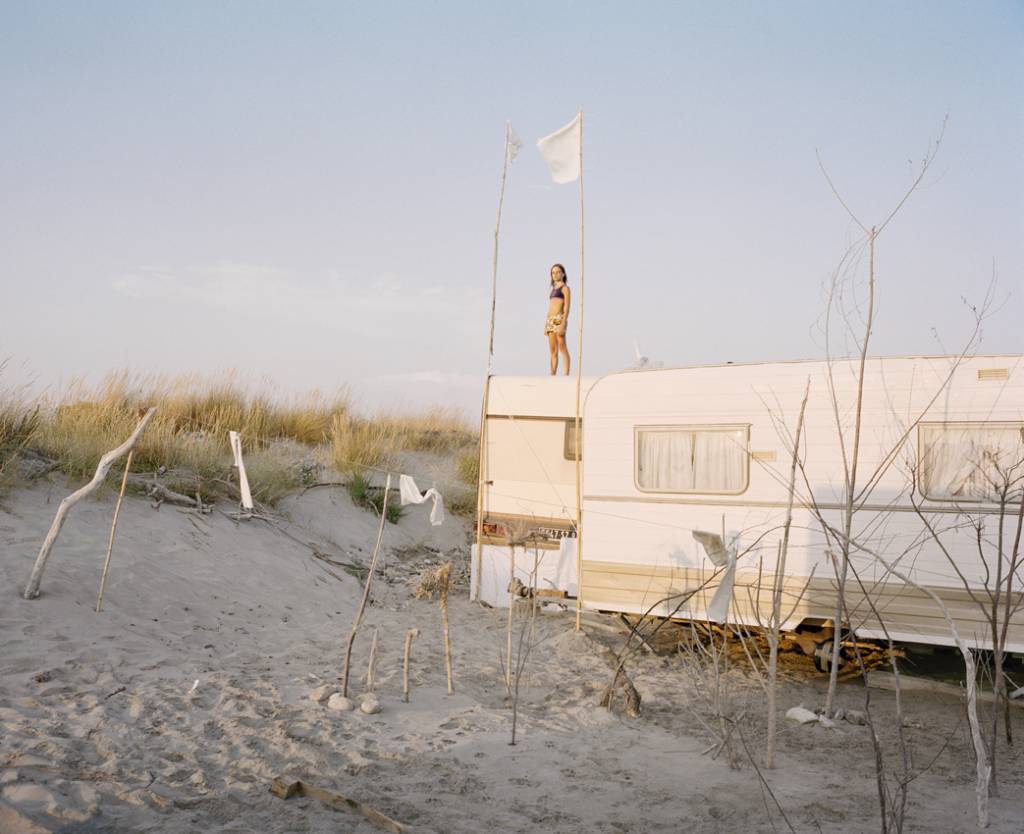 ABOUT THE WORK
In “Piémanson” Vasantha Yogananthan explores the daily life on the last wild beach in France. The beach’s history began in the 1970s when locals set up camp there with no rights or deeds. Nowadays, thousands of campers from all over Europe get together every summer season, looking for a freedom that they can’t find anywhere else.
The official line is that the campers can stay for one night without charge but many stay for the entire summer and in that time they construct some amazing structures using wood, plastic sheeting, etc. There is a lot of pride in the community for making the best possible ‘homes’ for their stay. There is also a lot of ingenuity and creativity. It has to be mentioned that the community at Piémanson who have been coming to live here for free on the beach since the 1970s are not hippies nor are they gypsies – they are regular families who cannot afford vacation’s elsewhere and see a great opportunity to live on a beach for the summer and decide to act upon it.

ABOUT THE PHOTOGRAPHER
Born in 1985, Vasantha Yogananthan lives and works in Paris. In 2014, he co-founded the publishing house Chose Commune and published his first book, Piémanson, which was nominated for MACK First Book Award and Kassel Best Book of the Year. In 2015, Vasantha Yogananthan was the recipient of the IdeasTap/Magnum Photos Award (category international) to help him fund A Myth of Two Souls, his project on the Ramayana in India. In 2016, he was awarded the Prix Levallois. In 2017, he was awarded the ICP Infinity Award as Emerging Photographer of the Year.
Yogananthan is one of the Foam Talents of 2017 and his work is part of the Foam Talent exhibition that is on display at Foam until November 12th 2017.